Received a letter from HMRC? Our tax experts are on hand to take the stress out of resolving your tax dispute.

Get the right people on your side

Can you afford not to use a professional tax consultant?

HMRC collected £2,810,000,000 in 2020 as a result of civil tax investigations. That is £2.8 billion, with most tax investigations being dealt with by individuals themselves or by the accountants who prepared the tax returns... not a specialist advisor.

What to expect from our team...

What clients are saying about Gilbert Tax

It gives me great pleasure to write to you and thanks to you and your team for the excellent support and guidance
you gave me over the last year. I consider having made contact with you as the crucial step in solving my "Taxing" problem.

From the time I first had a meeting with you, to the last meeting with the Inland Revenue you were most reassuring.

Your approach to the whole issue was highly professional and honest. Your advice was precise and correct.

"Speaking to you was like a breath of fresh air"

When I first received a letter from HMRC inviting me to an interview under caution I felt almost suicidal.

I found your details on the internet and speaking to you was like a breath of fresh air.

You explained the situation to me and put me straight in touch with an excellent firm of solicitors specialising in financial crime.

Following a Government announcement that the HMRC would be looking into offshore bank accounts, my family decided to take advantage of their Offshore Disclosure Facility.

I quickly realised that as these disclosures would cover a period of some thirteen years, this would be a complex and potentially expensive process.

As a large independent practice we generally deal with day to day investigation work ourselves and only use your services in the more complicated and complex investigations.

Your firm has always offered quality advice on some of the finer nuances of investigation work and this has enabled us to obtain solutions to enquiries we would not have achieved without your input.

"Impressed with the quality of work"

I have been impressed with the quality of work undertaken by you and your team
and am more than happy to continue to refer my clients to you.

You appreciate how stressful it is for clients to be under investigation by HMRC and I know that when I refer
clients they are dealt with, not only with expertise, but also professionally and compassionately.

We are the shield between you and HMRC

At Gilbert Tax We know how stressful dealing with HMRC can be.

Whether you've received a letter, have unpaid tax to disclose, or are under investigation, our team is here to help.

Our tax investigation experts specialise in resolving tax issues in an efficient and timely manner.

We act as a shield between you and HMRC.

We will handle all communication with HMRC on your behalf so whilst your case is being resolved you can focus on more important things without stress or worry. 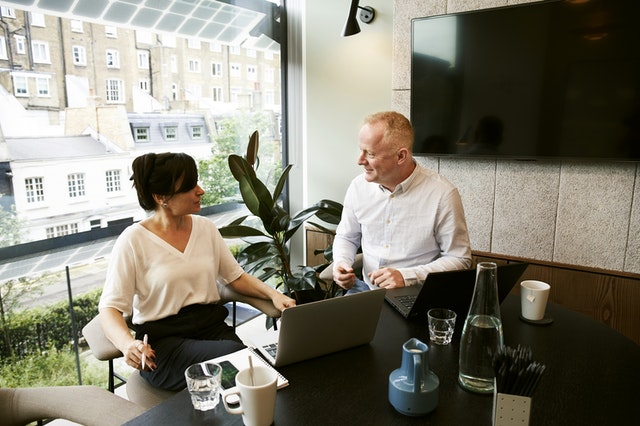 Take the complexity out of resolving your tax dispute.
‍
Our wide range of specialist tax investigation, disclosure facility, and tax tribunal services are designed to help you reach a positive resolution whilst avoiding the stress and complexity of having to deal with HMRC. 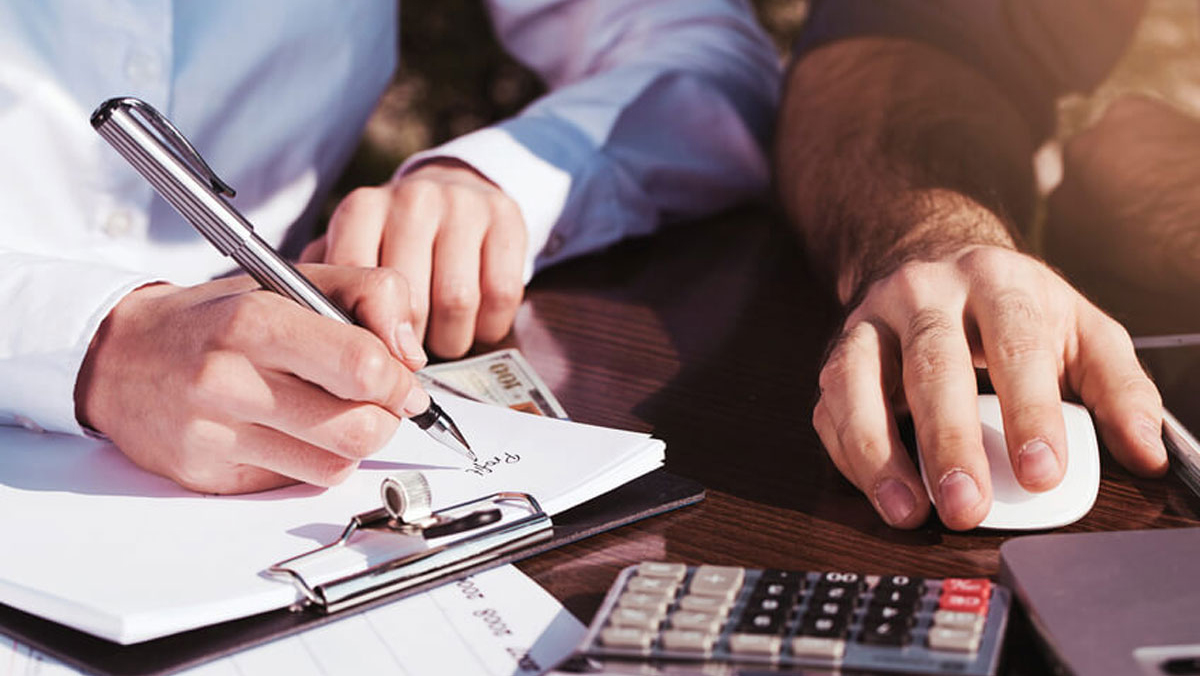 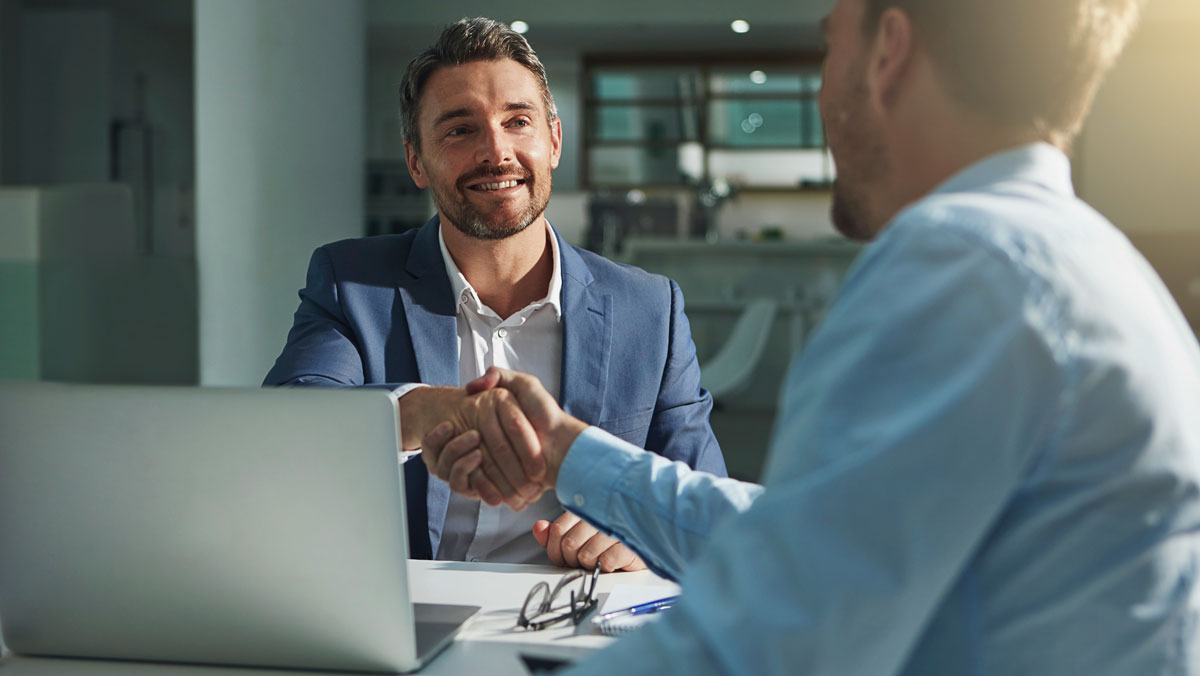 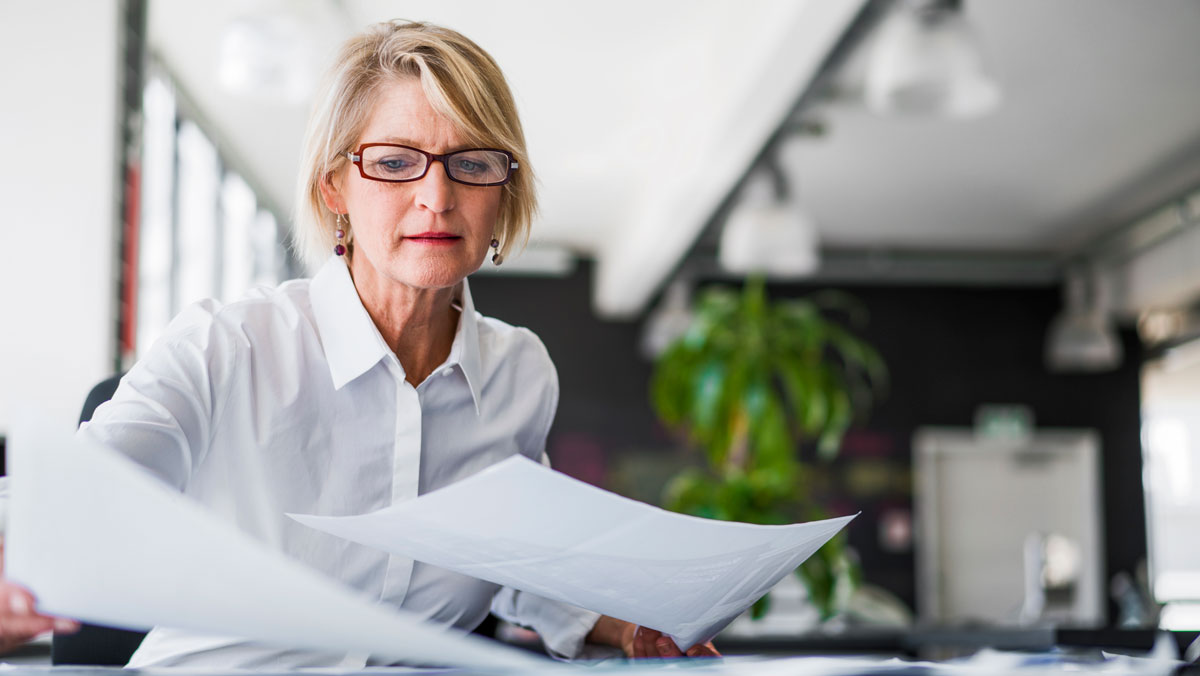 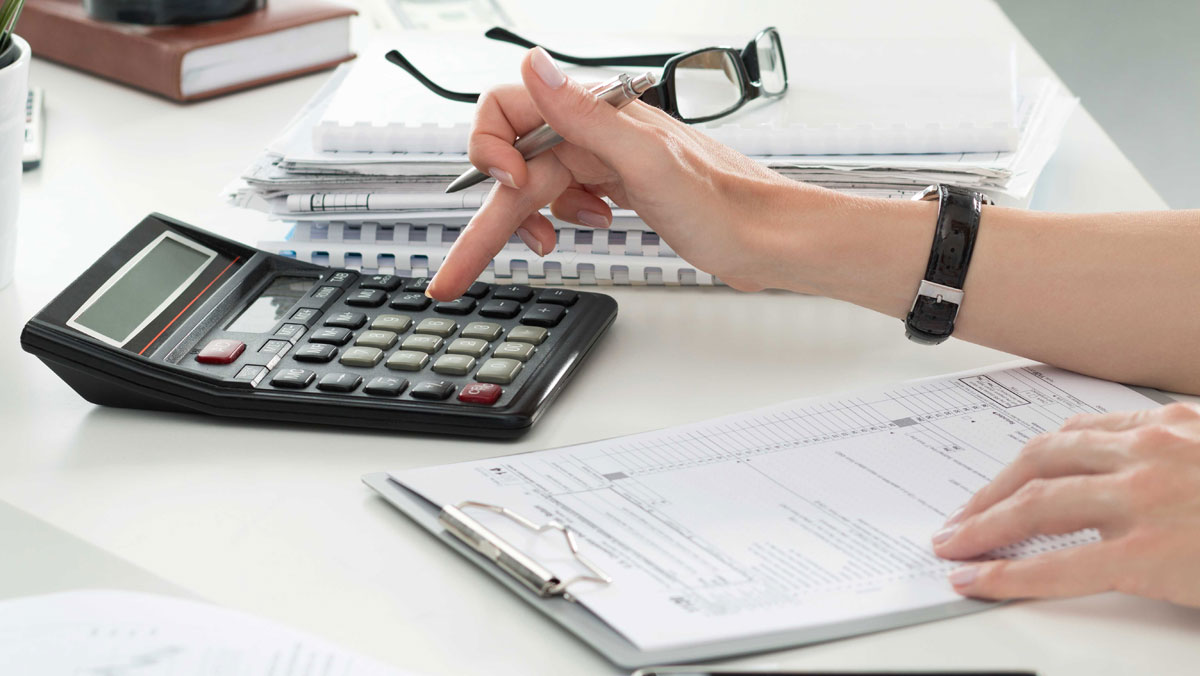 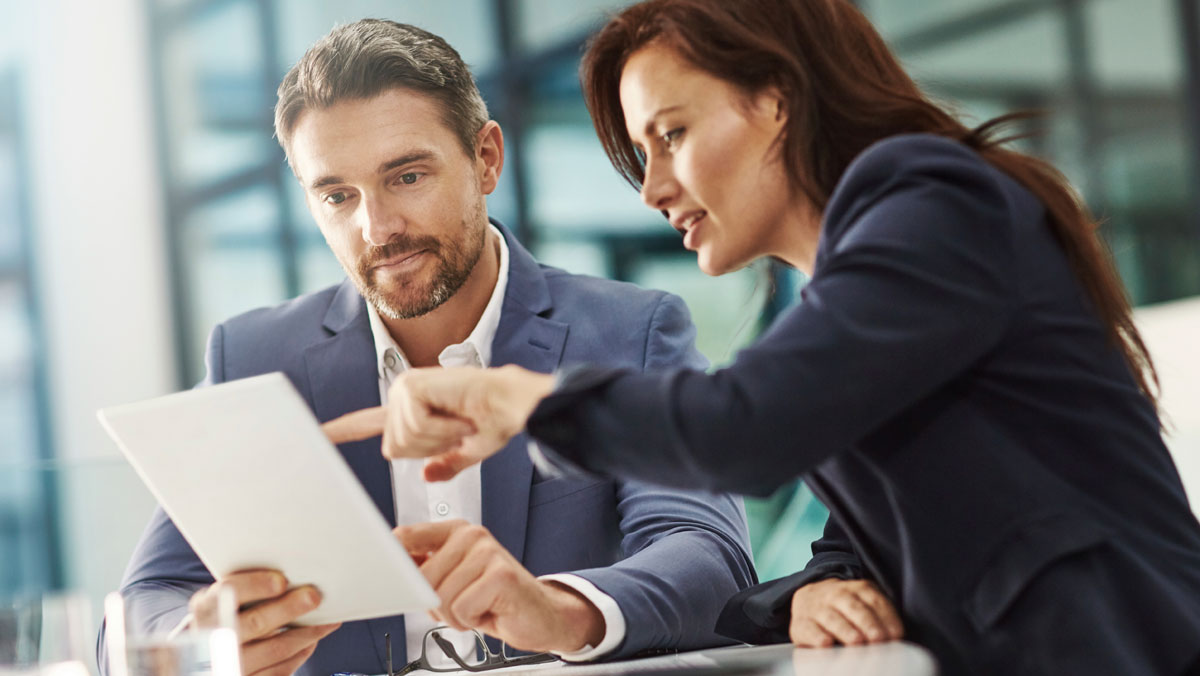 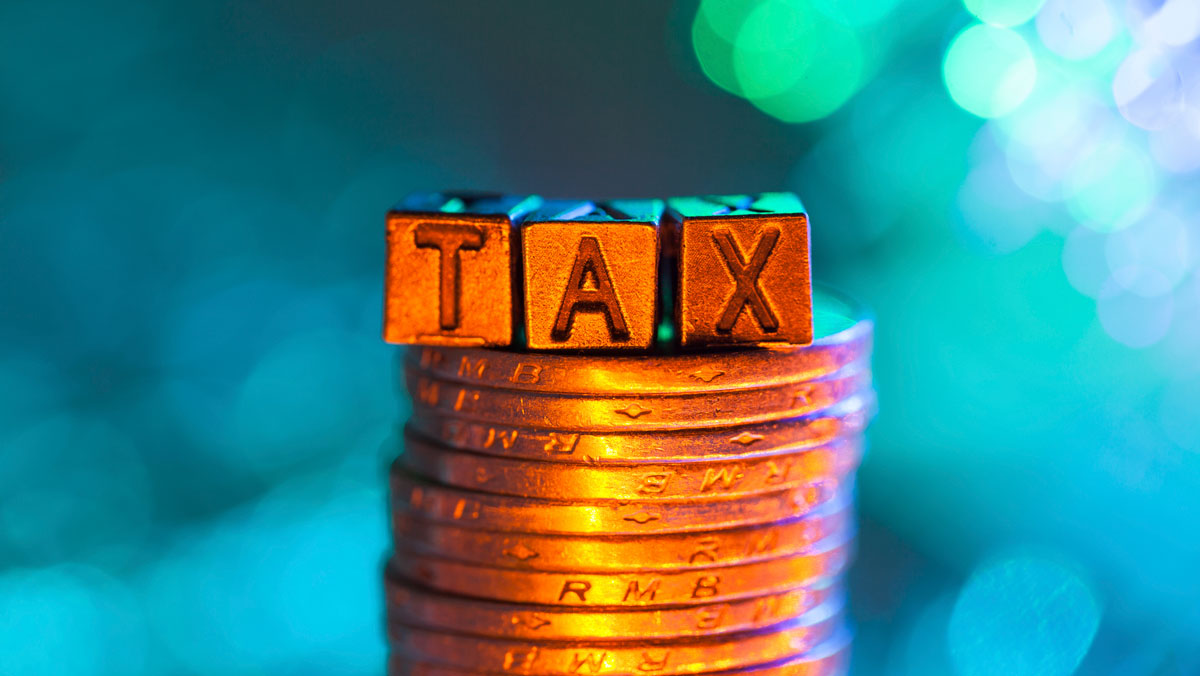 3-steps to resolving your tax dispute

Call 0800 011 9625 or email scott.gilbert@gilberttax.co.uk for a free, confidential chat about your case.

Get a route map

We will help you better understand your situation and how we can help you achieve a resolution.

Our team of tax experts will manage your tax dispute and work towards achieving the best possible outcome.

"We understand that people sometimes make mistakes in their dealings with HMRC and that HMRC make mistakes in dealing with taxpayers. Many people do not know how to deal with HMRC or who to turn to for help resolve the tax dispute.

Our firm of tax advisors specialise in resolving people's problems with HMRC. We have extensive expertise in dealing with all forms of tax investigations and tax disputes as well as with taking matters to the Tax Tribunal where agreement cannot be reached.

We deal both directly with the individual who is under enquiry and also work with many firms of accountants supporting them in dealing with HMRC disputes and advising them on how to handle HRMC to get the best result.

The fact is that proper management of HMRC is the best way of reducing the tax, interest and penalty as well as the time taken in resolving any tax dispute.

Our expert team are none judgemental and rigorously defend your position within the scope and parameter of the law. We take control and manage the process to minimise the interruptions that any form of tax investigation causes to an individual's life and business."

What is a tax investigation?

HMRC tax investigations are very stressful and difficult for the person under enquiry even if handled well. If handled badly a tax investigation can be unbearable and how they are handled affects many issues mainly relating to the actual amount of tax due and the penalties charged.

It should always be noted that HMRC rarely raise a tax investigation without believing that there is something wrong.

Before individuals and businesses are selected for a HMRC compliance check, HMRC conduct a rigorous exercise to try to ensure that the information that they are basing their belief that there is something wrong with the tax affairs of the person they intend to investigate.
‍

Currently, we are seeing an increase in the number of COP9 investigation letters being issued by HMRC. HMRC appear to be less discerning than they once were when opening a Code of Practice 9 enquiry, so we encourage anyone who has received a letter regarding a COP9 investigation to contact a tax investigation expert such as ourselves before corresponding with HMRC on the matter.

Who are the FIS?

Fraud Investigation Service (FIS) also conduct other investigations, and again if the letter is from FIS then it indicates that it is a very serious investigation.

That is not to say that tax investigations from other HMRC departments are not serious. It is just that ones from Fraud Investigation Service indicate that HMRC believe that the potential issue is fraudulent or of a serious nature.

HMRC will write and explain that they are doing a compliance check and ask for information. Sometimes they will also ask for a meeting. They will examine the records and then engage in communication about areas where they think that there is something wrong.

When figures are agreed, they will then ask various questions as to why the errors occurred and base the period of assessment and penalties on this. Usually these are settled by agreement. If agreement cannot be reached, then the matters in dispute end up before the Tax Tribunal. 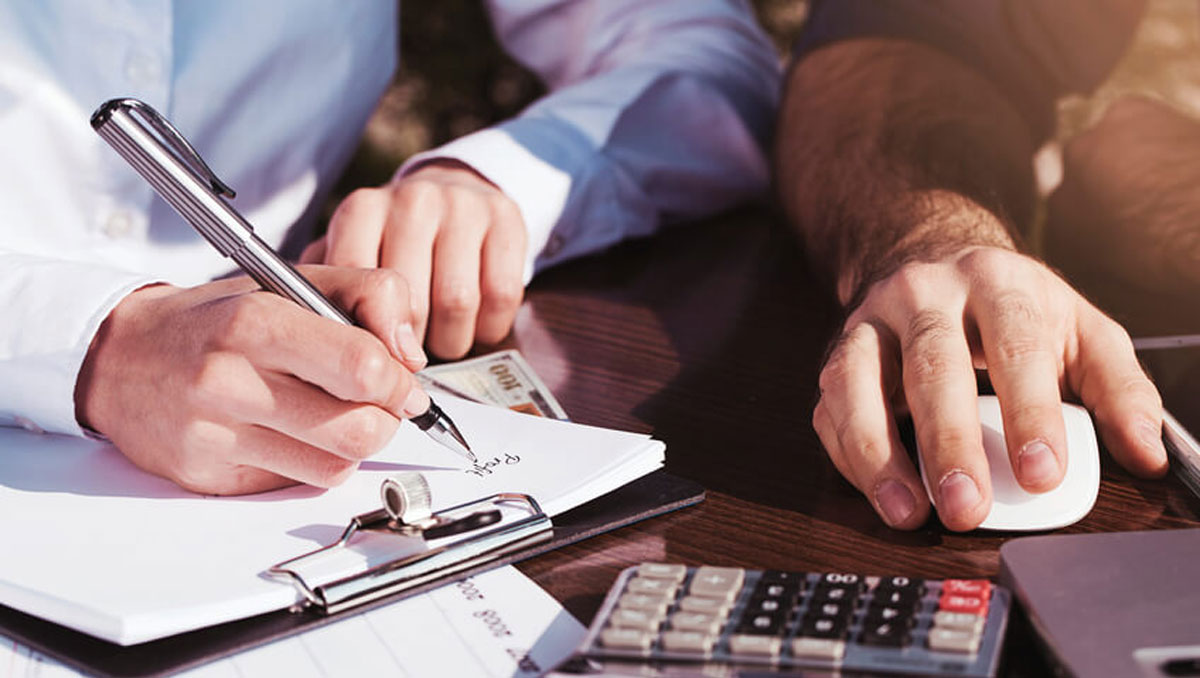 These are in effect tax investigations where HMRC visit the business premises and look at the records on site. They can be arranged in advance or HMRC can turn up with an authority which gives them a legal entitlement to visit (which can be refused. In general, these sorts of visits relate to VAT, PAYE, National Minimum Wage or Cross Tax Enquiries.

The key to getting the best result with regards to a tax investigation is control. The best way to keep control is to engage with someone who has significant experience of dealing with tax investigations who will ensure that HMRC are provided with what the law allows and no more.

Managing the flow of information to HMRC and knowing how to tell HMRC if there are issues before HMRC find them is also important and all of this can have a significant impact in:

Most HMRC tax investigations follow a format and most people (including accountants) just assume that HMRC are entitled to anything they ask for. They get a request for information and rush round in a panic to provide it.

Our experience is that HMRC often ask for significant amounts of information in a tax investigation which they are not legally entitled to. Where this information is provided, it leads to many additional questions which would not have been asked if HMRC had been restricted to what the law says they can have. If nothing else this leads to costs and time delays that were not needed.

HMRC will send a letter inviting someone to take part in the Contractual Disclosure Facility which can either be declined or accepted. If declined HMRC will conduct their own enquiries and are always looking to move this to prosecution if they uncover evidence of tax fraud. If accepted, then generally there will be a meeting with HMRC.

As part of acceptance the individual agrees that they will appoint a professional advisor to do a report of the tax irregularities. When that report is sent to HMRC it is vigorously tested and if HMRC are not satisfied with the contents they will conduct their own enquiries and if the report is found to be materially incorrect they will consider prosecution.

Here to help, not to judge

Although our main base is in the North of England we have clients all over the country including Birmingham, Liverpool, Manchester, Edinburgh, Swansea, Newcastle, York, Sheffield, and Peterborough with offices available in Leeds and London.

We can support individuals and businesses across a wide range of tax investigation matters, ranging from COP9 Code of Practice 9 to the Let Property Campaign to VAT investigations to the Worldwide Disclosure Facility.

We are bound by the ethical guidelines of the Chartered Institute of Taxation and any other regulatory requirement. We endeavour to provide accurate information, however, the content of this site is for general information only and should not be taken to be tax or legal advice which must always be tailored to the appropriate circumstances of each individual.